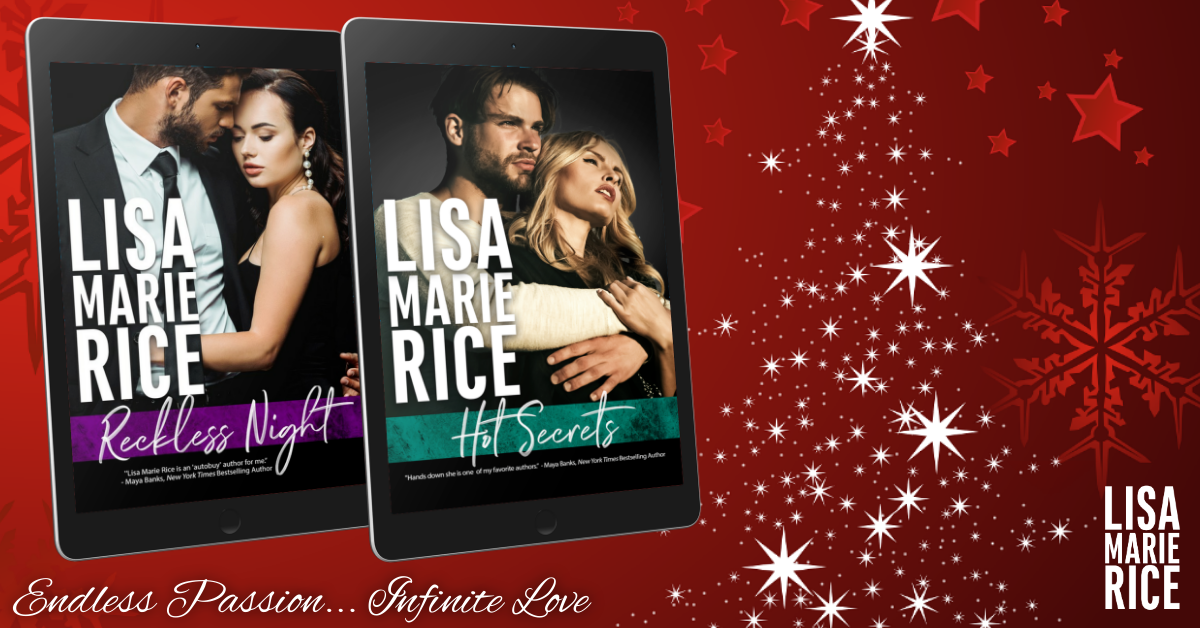 He knows how dark the world can be

Jack Prescott’s past is full of cruelty and darkness—until his wife Caroline wiped away the pain of the past, giving him light and love.

Jack loves her passionately and all he asks is that she takes his training in self-defense seriously. He needs to know she will be safe from the darkness of the world.

Caroline is reading a Christmas story to little children in her bookstore when a vicious criminal breaks in. Jack is rushing to her side, but right now she has to save herself, the kids in her bookstore, and the child growing inside her. She and Jack have everything to live for and only Jack’s relentless training can save her now.

He left his criminal empire behind

Viktor ‘Drake’ Drakovitch used to run a vast criminal empire, but he gave it up for the woman he loves more than life. It was an easy decision because she means everything to him.

But it’s Christmas. What can he give to a woman who shuns gold jewelry and diamonds, doesn’t want fur or fancy cars, who knows that only keeping a low profile will keep them safely hidden from his enemies?

But danger found him

Grace doesn’t want fancy things; she only wants what Drake gladly gives her—unquestioning devotion, fierce protection, and the best sex a woman has ever had. Until danger strikes, and Grace realizes that the best gift of all is a dangerous husband.

Check out the New Cover for 'Woman on the Run"

STRANGER IN A STRANGE LAND

Julia Devaux loves big cities, chic cafes, old movies, and charming men. But after seeing a mafia don whack one of his minions, she is relocated under the Witness Protection Program to a small isolated town in the middle of nowhere. Simpson, Idaho doesn’t have chic cafes or cult movie theaters or even sidewalks. And it definitely doesn’t have charming men.

However, it does have Sam Cooper, former Navy SEAL, and war hero, now horse breeder, who makes her feel safe and excited at the same time. True, he doesn’t have charming conversation, but conversation isn’t what Cooper does best.

The Trilogy that Started it All!

Once John’s had a taste of her, there’s no doubt that Suzanne belongs to him, and whoever is after her will have to go through him first…

He can protect her against danger, but can he protect his heart?

It’s #FollowFriday ! Click the link below to follow me on BookBub to learn about new releases and unbeatable deals, plus recommendations and reviews. If you’re not already a member, you can join for free.
... See MoreSee Less

That's the perfect tree. Merry Christmas to you!

Guard that tree with your life😷

And same to you. Of course, it looked and felt like Spring today in central Indiana. My lightweight sweater coat did the job instead of my Italian shearling coat. I have yet to wear my shearling this season -- though they are predicting 19 degree high for Friday. Hope you are cozy and warm in your little corner of Italy. <3 you.

Annnd...we're LIVE!! You can now purchase your copy of Fatal Heat!