Happy Friday, my dears! I’ve decided to do something a little different. Over the next few weeks, I’ll be sharing excerpts from the first chapter of Midnight Fever, my latest release. For those of you who’ve already read it, it’s a chance to revisit a favourite. For new readers, this will give you a taste of something new to try. Hope you enjoy it! 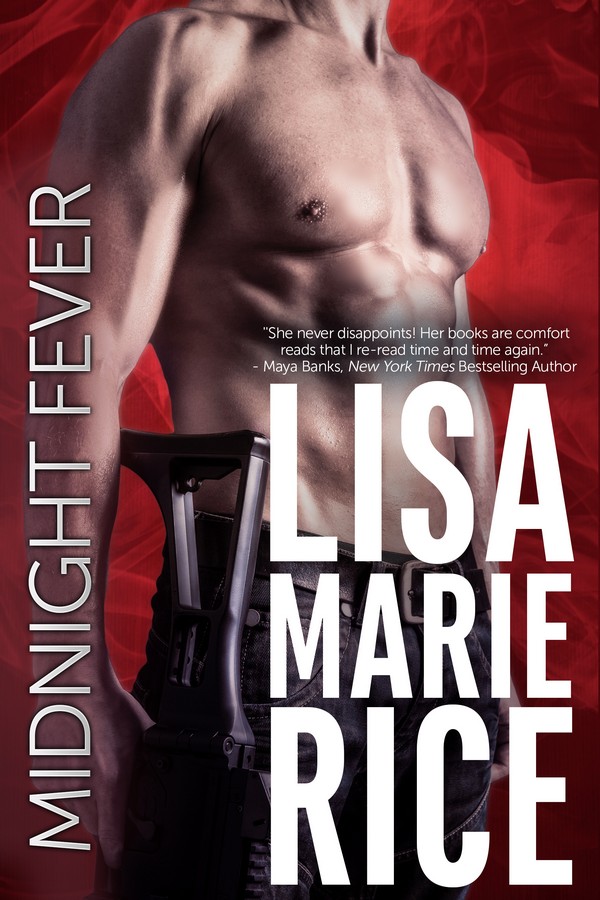 “You’re a hard woman to catch, Dr. Hudson,” Nick Mancino said, smiling. Well, not really smiling, more like a baring of teeth. His dark eyes seemed to penetrate her head. “Missed you by five minutes in DC.”

And what a room—elegant, hushed, candlelit. The Lounge offered the finest food in the Pacific Northwest. She’d eaten here several times before with her good friend, Felicity Ward. They’d laughed and eaten superbly well.

Not that she was hungry. Her stomach cramped with anxiety and the thought of food was slightly nauseating. She hadn’t even been able to order her meal, something she usually enjoyed.

Nick had missed her by five minutes in DC. Yeah. She’d gotten word that Nick was arriving and had escaped out the back door as he walked in the front. And she’d deliberately come into Portland last month the day after he’d left for a job. She’d been avoiding him for a while now.

Not because she wanted to. God no. Who wouldn’t want Nick Mancino? Just look at him, she thought. He was elegantly dressed—definitely in her honor because she knew he preferred sweats and jeans—but the white Armani shirt, Versace tie and blue-black Hugo Boss suit couldn’t hide the fact that that hard body wasn’t meant for boardroom suites. It was meant for midnight raids.

Nick exuded toughness and self-reliance, the kind of guy who wouldn’t back down from anything. More than capable of defending himself. No one needed to protect Nick, least of all her.

In ordinary times, at least.

There wasn’t any physical danger Nick would refuse to meet, but there was the question of fairness. Nick had had a brilliant career by being smart and brave and amazingly hard-working. He’d become a Navy SEAL and then a member of the FBI’s elite Hostage Rescue Team.

Such hard things to do. They were things he’d earned a million times over. She didn’t want to hurt a career he’d worked so hard for.

As long as he was in the FBI, she could ruin his life with what she was doing. If things went south, she might have to run for her life, and every single person she’d had dealings with before disappearing would have their lives turned inside out. He’d live under a perpetual cloud. It would ruin his career.

But Nick wasn’t with the FBI anymore. As of last week, he was with Alpha Security International, a big security company in Portland. A good place to be, with good people. Felicity worked there, and said that the bosses at ASI were reasonable men. Nick would definitely not be penalized by an association with her. Not at ASI. They’d be on her side, and his. So now she could allow herself contact with him. Briefly.

Nick was still airing his grievances. “And I missed you by about an hour in New York last month.”

“Mm.” That had been careful timing, too. Nick had been on a job and had found out from her grandfather that she was in New York. She’d checked out of the hotel early, missing him by half an hour.

“I could almost think you’re avoiding me, Dr. Hudson.”

His tone dripped sarcasm. The “Doctor” was overkill. Particularly considering the incendiary kiss they’d shared back when Nick was helping to save her beloved grandfather, who’d been kidnapped by a former Russian FSB officer. He’d moved his lips to her ear and breathed “Kay,” and every hair on her body had stood up. It would have gone beyond that kiss—which had almost been enough to give her an orgasm—straight into sex, but she had put a stop to it. Wrong time. Wrong place. She’d been worried sick about her grandfather.

But sex was definitely in the cards.

As a matter of fact, she’d never been as aroused and attracted to a man like she was to Nick. He fascinated her. And—icing on the cake—she liked him. A lot. And—the cherry on the icing on the cake—he wasn’t a jerk. So, she made room to have Nick Mancino in her life.

Then her professional life blew up in her face. Each time she ran away from him it was because something scary was happening. Something that showed that things were very wrong in her world.

“Not avoiding you, Nick,” she lied, looking him straight in the face.

He stared at her as if she were under interrogation. He was good at interrogations, too, a master. She was a scientist and had no clue how to dissemble.

Too much. His intensity was too much. Kay dropped her own gaze and watched the patterns her fork tines made in the damask tablecloth. This was painful. She could actually feel her heart hurting, like someone was crushing it under an immense weight.

Nick reached over and placed his hand on hers, stilling it. His hand was fascinating. Dark and calloused and sinewy with strength, nicked with scars. He’d already had two careers as a warrior and was starting a third. He was a warrior in every line of his body. He was walking testosterone and oozed it out of every pore. Even his hands.

Hope you enjoyed this teaser. Come by next Friday for more.