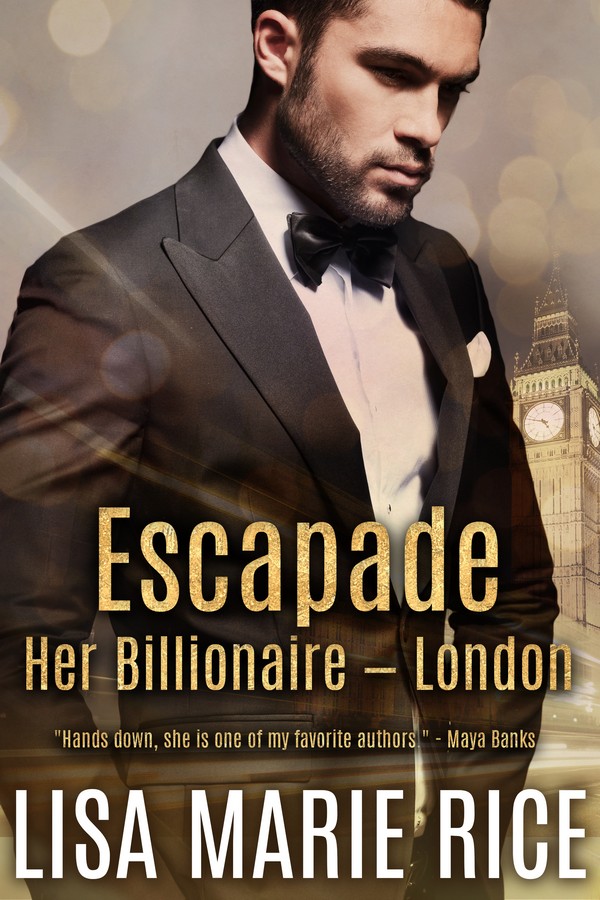 Escapade: Her Billionaire – London is a standalone novel.

Bennett Cameron is one of the best close protection agents in the world. Gorgeous, genius-level computer expert Elle Castle has no clue that Russian mobsters are after her and she won’t play nice when her wealthy father hires Bennett to protect her. When she refuses to follow Bennett to safety, kidnapping her is his only option.

Elle Castle finds herself living every woman’s worst nightmare — waking up terrified, disoriented and tied to a chair at the mercy of a powerful, intimidating stranger. He says he kidnapped her and tied her up for her own good. Yeah, right.

The good news is that he doesn’t seem to be a serial killer. The bad news is he is lethally hot.

Holed up in a luxury suite in the heart of London, Elle and Bennett fight to resist the sexual heat burning between them. But the Russian mob is relentless and closing in fast—and soon they both must be ready to sacrifice everything for love.