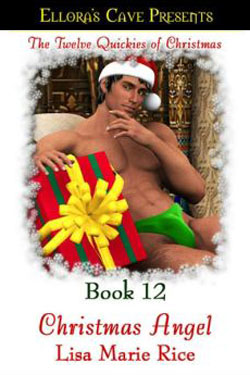 Look at the sea, how beautiful it is,
How it moves the heart
— Old Neapolitan Song, Torna a Sorrento

A full moon shone brightly over Mount Vesuvius, casting an exquisite shimmering veil of silver over the Bay of Naples. Cruise ships lit from stem to stern with bright twinkling lights made their stately way across the bay like floating Christmas trees. The moonlight reflected off the calm bay sketched a pearly-white path to forever.

It was the most beautiful sight Nicole Caron had ever seen, and she’d traveled the world and seen her share of them.

The terrace of the French Consulate in the 17th century Palazzo Loredana was right on the bay itself, affording a view of Vesuvius, the bustling brilliant glittering city of Naples and the isle of Capri, a distant glimmer strung out on the horizon like a necklace of diamonds.

It was heartbreakingly beautiful and exactly as Alessandro had described it a year ago in Amman.

She’d lie in bed with him, her head on his broad chest and listened to his deep rumbling voice as he described his Naples.

She hadn’t been listening all that closely, to tell the truth. She’d just had the most explosive series of orgasms in her life and any kind of exertion other than breathing and smiling seemed insanely ambitious. Nonetheless, his deep voice was hypnotic and she listened to what he had to say.

Just enough to get an impression of a glittering city by the bay, beautiful and lively and sparkling.

At the time, Naples had been the last thing on her mind, or what passed for a mind in the time she’d come to think of as ‘The Alessandro Period’. Like an art historical period studied in college. From the 17th of December 2002 to the 24th of December 2002.

As historical periods went, it was short. Only a week, but a week that had rocked her world. She’d fallen wildly in love and had been brutally abandoned, all in a week. Seven days.

There was even an Italian film on it. ‘Sedotta e Abbandonata’. ‘Seduced and Abandoned’. 1964, director Pietro Germi. She’d seen it during an art film festival in her sophomore year at Brown, when she’d fancied herself an intellectual, dressing entirely in black, with a dyed white Susan Sontagian streak in her dark hair.

At the time, she’d been so sure of herself. So certain that romantic love was dead, a figment of oppressed female imagination. Modern liberated women didn’t do love; they did conversation and sex. She’d dated Howard Morgan, another intellectual, that year. They’d spent endless hours talking, going to the movies and having very bad sex.

The last she’d heard, Howard was curator of a major museum in Texas and was on his fourth marriage.

To her surprise, Nicole hadn’t stayed in academia. On a whim she’d sat for the Foreign Service exam, aced it, and had found herself in the diplomatic corps at the age of 25. Postings in Haiti, Peru and Jordan had followed. All hard posts. Career makers. With hazardous duty pay and opportunities for advancement.

All in places where a single woman had to watch her step.

Turned out sex and the single girl were unspoken Foreign Service no-nos.

Taking a lover meant—always—a security concern. ‘Locals’ were generally off limits. Single female foreign service officers were prey—considered by all the other male foreign service officers in the tightly knit diplomatic community a highly prized fuck. A single female officer would never endanger her career by making a fuss over being treated badly and she would be gone in two years, anyway. Which made them targets for all the married scumbags in all the embassies in the entire world.

Sex had been more trouble than it was worth.

Nicole had safely negotiated the shoals of singledom in the Foreign Service, feeling smug about resisting temptation and concentrating on her career, which she wanted to crown with an ambassadorship in twenty years’ time. So she’d kept her nose clean and very close to the grindstone.

« Return to The Christmas Angel