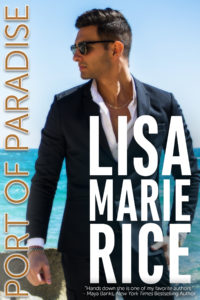 Captain Franco Rivera stirred uneasily in his seat and wondered about his own mood. He stretched his legs out in the aisle, paying scant attention to the earnest young man pacing in front of the cadet carabinieri, the elite police corps of Italy, and a few of his trusted lieutenants.

“This is a tricky mood to get right,” the teacher intoned.

Rivera knew that his men were paying attention to the subjunctive, for he had made it clear to all that a good working knowledge of English was essential to the job and, above all, essential to a promotion. Police work nowadays was international, crossed too many frontiers. Rivera himself worked closely and often with Interpol, Europol, the FBI and the DEA. English was a must and his own was damned good.

So what was he doing wasting his time in a class? It wasn’t even as if he had nothing better to do. His office desk was piled a foot high with files waiting to be read.

He shifted in his hard chair and told himself he was keeping his men company. Through the windows came the sounds of a crash and glass shattering. Imprecations floated up from the street below. An instant later, horns blasted as angry drivers discovered that they were stuck behind the scene of an accident.

Rivera suppressed a grin. Some poor sucker of a traffic cop was going to have a very difficult half hour.

“I wish she were here,” Mark said, pushing up with a forefinger the wire-rimmed glasses which kept slipping down his nose. “That is the subjunctive as an expression of desire.”

That was why he was sitting in a hot classroom when he had better things to do. Desire. Desire for Hope Winston, a woman he hadn’t yet managed to meet.

Six months ago, he’d met Kay Summers at a city-sponsored event and they’d become good friends immediately. Both of them realized right away that they were destined to be friends, not lovers.

Rivera had done what he could to help Kay, recommending the school to colleagues and acquaintances, fully aware of the weight a senior police officer’s recommendation carried in this society.

And his word had ultimately cinched the city’s contract with Kay’s school to teach English to all city policemen. In return, Kay had offered him endless cups of weak coffee and a sympathetic ear when he needed to let off steam.

He’d been heartbroken over Kay’s accident and visited her often in the hospital. She didn’t know that he’d been moving heaven and earth to find the hit-and-run driver who’d almost taken her life.

So when Kay had asked him to look out for her best friend, Hope Winston, he had agreed, unhesitatingly. He was willing to do anything to make Kay’s friend welcome.

But after one look at Hope, even from a distance, he’d realized that whatever help he could give, it wouldn’t be purely for Kay’s sake.

He’d been hooked the first time he saw Hope Winston. At the time, he didn’t know who she was. All he knew was that she was tantalizing.

The woman was climbing the big marble steps of the English Language Center. He’d been walking to the corner bar to have a cappuccino before going into the school to introduce himself to Kay’s friend when he stopped dead in his tracks to watch the woman who instantly mesmerized him.

Woman-watching was one of his favorite past-times, a hobby he shared with roughly 30 million other Italians—the entire male population. But there had been something truly compelling about the woman gracefully climbing the steep marble stairs.

A foreigner, she was clearly a foreigner. For one thing, she wasn’t elegantly dressed. Old jeans hugging glorious hips and long, slender legs, tennis shoes and an old tee shirt. Clothes any self-respecting Italian woman wouldn’t be caught dead in. But the giveaway was the hair, long, straight, thick and a stunning platinum blonde. Natural, he’d bet his badge on it. There wasn’t a woman in Bari with hair like that.

So he’d stood on the street staring much longer than was usual, ashamed of his behavior—he wasn’t fourteen and woman-starved, after all, he was thirty six and had more than enough sex, thank you very much. Just last night, in fact, he’d had a very satisfactory couple of hours in bed with Silvana Lucarini. So what was he doing, stopping and staring at a woman’s back?

Then someone from street level called, and the woman turned and Franco caught his breath. Gesù, she was gorgeous. In a country of beautiful women, she was a knock-out. Pale, oval face, stunning features, eyes a pale silvery blue so intense the color was still startling from 50 feet away. It was Hope Winston, it had to be. There wasn’t another woman like that in all of Apulia.

Like an idiot, he’d stood stunned in the street just long enough for her to turn back around and disappear into the building. It took him a minute to gather his wits and then he sprinted up the steps, cappuccino forgotten. He’d described her to an amused secretary, who confirmed that the person he’d seen was, indeed, the new director, Hope Winston. But la Direttrice Winston had just left the premises, two minutes ago.

That had been four days ago and it was always the same story. She’d just left or hadn’t arrived yet. Franco had caught tantalizing glimpses of a platinum head disappearing around corners, slender curves in ugly clothes walking down a hallway and vanishing from sight and once—two days ago—he’d looked down out of a window at the school to see her looking up. Their eyes met, and held. She was breathtaking, so beautiful it was as if she’d come from another world. And maybe she had because she’d completely vanished by the time he’d run down the flight of stairs.

He couldn’t get her face out of his head all that first day, and that night he’d had a wet dream for the first time in years. Silvana had called him the next day for a repeat performance and he found himself pleading overwork. Cristo, since when did he turn down sex?

It was insane, he needed to see her. He’d been walking around with a semi hard-on for four days now, that couldn’t be healthy. And Kay was becoming more and more insistent that something dangerous was going on. All the more reason to corner the woman. Maybe he’d just knock on her door and introduce himself.

The soft knock startled him out of his reverie and stopped Mark Harrington in mid-sentence.

“Mark?” Hope Winston opened the door a crack and stuck her head in, the pale spill of hair catching the light from the open windows. She looked around the room, silver blue eyes wide and anxious. “Can I interrupt your class for a minute?”

« Return to Port of Paradise