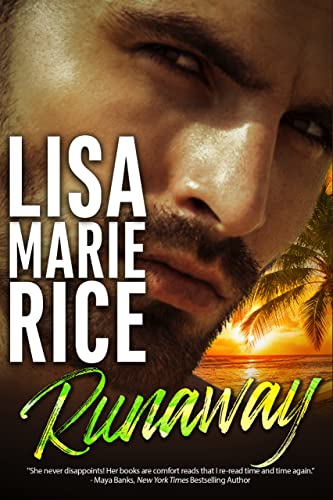 Navy Seal Matt Sanders is slowly putting himself together after being almost mortally wounded in battle. He’s sick of hospitals, so a nowhere town in Baja, California, seems like the perfect place to lick his wounds. It’s the last place he expects to find the most beautiful woman he’s ever seen.

She’s hurt, too–but haunted as she is, she watches over him like a guardian angel. But the feelings she inspires in him are anything but angelic.

Then Matt finds out that she’s on the run, and keeping secrets that could get her killed–and he’s having none of it. No one is threatening his angel. Not on his watch.

Heiress Charlotte Court is on the lam, wrongly accused of murder, and running from her father’s killer. She’s in no condition to let herself be tempted by a man–not even one as tough, gorgeous and compelling as Matt Sanders. He fascinates her, allures her, and she can’t resist his pull–but she can’t open her heart to him.

Then he’d be in the crosshairs, too.

It’s a stalemate–until a deadly killer comes to town…

RUNAWAY is a lightly rewritten and updated version of a previously published book entitled PURSUIT, published
under the name Elizabeth Jennings.