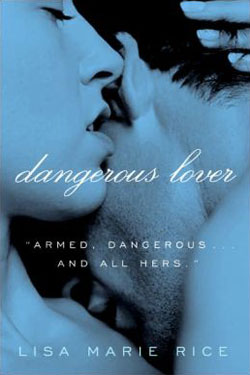 He could feel her, he could smell her.

Walking into the small bookshop with the old-fashioned bell over the door, the man now known as Jack Prescott knew he’d found her.

He was exhausted, having traveled for 48 hours straight, on a pirogue from Obuja to Freetown, via Air Afrique from Lungi Airport to Paris, Air France from Paris to Atlanta, Delta from Atlanta to Seattle, then a rickety puddle-jumper he could have flown better himself to Summerville.

Even through his exhaustion, though, his senses were keen. Twelve years later, he could still recognize her touches. The candles on the window-sill, the gentle harp music faintly in the background, a smell of cinnamon, vanilla, roses and her. Unmistakable, unforgettable.

Colonel Eugene Prescott’s death had freed him from bonds of loyalty and love. The day after the Colonel’s death, Jack had sold ENP Security and had flown to Sierra Leone to take care of the last of his responsibility to the man who’d become his father.

It had cost gunfire and bloodshed, pain and violence, but he’d taken care of the mess as his father had asked on his deathbed. Jack had done what had to be done, salvaged his father’s reputation, punished the fuckers who’d mounted a rogue operation, sold the company and his house and was finally, finally free from all responsibility for the first time in twelve years. Free to follow his heart.

He’d turned straight around and flown as fast as modern aviation could take him from Africa to Summerville.

It was crazy, he knew it was crazy to look for her here, twelve years later. Why would Caroline stay in Summerville? She was beautiful, talented, smart, rich. She’d end up where all beautiful, smart, talented, rich women go — some big city on a coast. Maybe even abroad.

And no way could she be single, not someone who looked like Caroline. She’d be married with kids. Any man in his right mind would snatch her right up and keep her pregnant to be sure she stayed.

But Jack had to see her. Needed to see her, like he needed to breathe. Just one more look before starting the next stage of his life, whatever that would be. He’d closed the door on ENP Security when he’d buried his father. The company was gone, the house sold. Everything he needed was in his duffel bag and suitcase. He was ready to turn the page.

He didn’t care where she’d gone — whether she was still in the US or had settled abroad or had gone to the moon. He was an excellent tracker — the best there was. He’d find her, eventually, however long it took. He had the rest of his life to do it in and he certainly wasn’t hurting for money.

In the end, he didn’t have to track her down, though. The taxi driver in from the airport knew where she was.

Here. Right here, where she’d been all along. In Summerville.

Jack had been planning on checking into a hotel, cleaning up, having a nice meal in a restaurant, then sleeping for 24 hours. It was Christmas Eve, and he’d been traveling for two days straight. Everything would be closed on Christmas day and the next day, Sunday. On Monday, he planned to start his search for Caroline.

Quick, light footsteps on the hardwood floor and shit, before he was ready, before he could still his thundering heart, there she was.

“Oh!” Caroline Lake stopped suddenly, the welcoming smile dying on her face as she saw him. “He-hello.”

He knew what she saw. She saw a tall, heavily-muscled man with long black hair tied back carelessly, dressed in cheap, rough, dirty, crumpled clothes. He hadn’t showered or shaved in three days and he knew lines of exhaustion creased his stubbled face.

He knew what she felt, too.

She was alone with him. He had unusually sharp hearing and he heard no other human sounds in the small shop. The icy sleet storm outside was so severe the streets outside were deserted, as well. If he turned out to be violent there would be no one to hear her cries for help.

There was nothing he could do about the way he looked — dangerous. The truth was, he was every inch as dangerous as he looked.

Though Caroline couldn’t possibly see the Glock in the shoulder holster, or the tactical folder in the boot or the .22 in the ankle holster, an armed man carries himself differently than an unarmed man. He’d killed four men two days and two continents ago. At some subliminal level, she was picking up on this.

She was standing very still, nostrils slightly flared, instinctively pulling in oxygen in case she had to run. She wouldn’t know that was what she was doing, but he did.

He was an expert on human prey and how it reacted to danger.

He stood utterly still, watching her carefully. He would rather rip his own throat out than hurt her in any way, but she couldn’t know that. All she knew was she was alone with a big, potentially violent man.

“Good evening.” He kept his voice low and without inflection. Calm. He kept his body language utterly non-threatening, moving only his lungs to breathe. Not smiling, not frowning.

It was the only way he knew to reassure her. Words wouldn’t do it. Stillness would. If he were crazy, he couldn’t stay so still. Agitated minds make for agitated bodies.

He couldn’t smile back. For a second, he couldn’t breathe.

Christ, she was so fucking beautiful. She’d somehow become even more beautiful than his memory. How could that be?

Slender yet curvy. Not tall, yet long-limbed. Her hair was the richest color he’d ever seen — a wild mix of reds and golds with pale champagne streaks running through it. Her coloring was so vivid the eye naturally gravitated to where she was. Jack couldn’t imagine looking at another woman while Caroline was in the room.

She stepped back slightly.

He was staring at her. Worse, he was scaring her.

“Fans of Lisa Marie Rice will adore this sensual and emotional tale. Her writing style, her captivating love scenes, and the suspense that I have come to crave in a Lisa Marie Rice novel is all here within the pages of DANGEROUS LOVER. I highly recommend running, not walking, to the nearest bookstore as soon as this book is released. You will be glad you did.”

“Sigh. I melted into a puddle as I read this book. No one, but no one can depict the über alpha male who is softened and humbled by love like Lisa Marie Rice.”

“Highly sensual, this book is a good read for those who love romances with the bite of a thriller in it.”