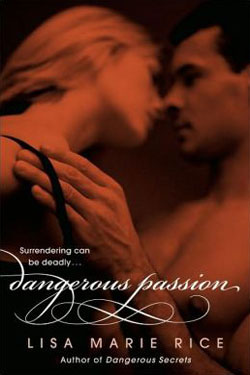 That is Drake’s creed. A legend, a renegade, a ruthless, powerful enigma understood by no one and feared by all, Viktor “Drake” Drakovich heads up a billion-dollar empire—and shows no mercy to the many enemies who would stop at nothing to destroy him. He is a man with no love and no weakness, until…

Grace Larsen takes Drake’s breath away the first time he sees her—and quickly becomes his obsession. Never before has he burned for someone the way he desires this hauntingly beautiful artist who is plagued by troubling dreams. He aches to possess her, to protect her, to carry her to new heights of sensuous arousal and rapturous release.

But entering Drake’s world means becoming a target—for relentless, bloodthirsty foes have been eagerly waiting for him to expose his weak spot. And the price of their passion may be their lives. 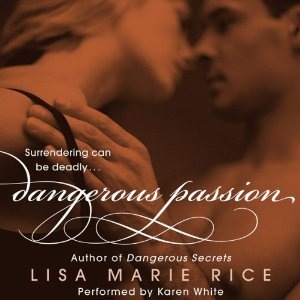 Dangerous Passion is now available on audiobook from these online sellers:

“Rice’s villain becomes the hero in a story that has complex and multilayered characters who are at times ruthless, noble, strong and vulnerable… the core of the story — the relationship between Drake and Grace — shines.”