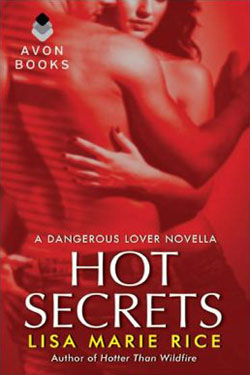 His eyes had popped open and he lay grinning in bed for a moment. He felt great. Like he could conquer the world while running a marathon and playing the piano at the same time. His body twitched and danced with energy. He lifted his head to see Caroline’s face, hoping she was awake or at least close to waking.

He slid out of bed and stretched tall, King of the Mountain, then dropped for a fast fifty push-ups. Which was nothing, considering in the Rangers they’d done a hundred and fifty before breakfast and another hundred before lunch. He knew he’d give himself a good workout at his gym today; this was just to get the blood moving. Not that he needed it–his blood was flowing just fine.

A quick shower and he was by the bedside, watching Caroline sleep.

He clapped his hands, which usually worked to wake her instantly. This time she didn’t even open her eyes, just flapped one hand as she snuggled deeper into the pillow.

Jack shook her shoulder gently. “We have to train. There are a few new moves I want to show you, honey.”

When he’d almost lost her to violence a year ago, he’d vowed to teach her self-defense, and he had. She didn’t take the lessons too seriously but by sheer dint of repetition, she had some moves in her. He wanted to deepen that knowledge, drill it into her muscle memory so that when she needed it, if she was ever in trouble, it would come automatically.

As a soldier, Jack had trained endlessly and it had saved his life countless times. Sweat in training saves blood in battle. That had been drummed into him incessantly, and it was true.

If this were a kind world, a just world, trouble would never find Caroline again. She’d had her fill, paid her dues–that side of the slate was in balance. But of course, life wasn’t like that. Violence and danger were everywhere and didn’t discriminate.

Twice Caroline had been in danger and had had no tools at all in her head or in her body to help herself. All the beauty and kindness and smarts in the world don’t help when you’re dealing with scum, and the world was full of scumbags.

It drove Jack a little crazy to think of trouble finding Caroline again. Because much as he tried to protect her–their home had been so revamped from a security point of view it could have been featured in Beautiful Secure Homes & Fortress Gardens–he couldn’t be there 24/7. So the only way he could keep sane was to try to drill her in self-defense.

He was a little OCD about it, that was true. And Caroline wasn’t too motivated. That was true, too. But it was the only thing he absolutely insisted on in their marriage. Everything else was her call. The house was decorated the way she wanted it, and they ate what she cooked, they travelled where she wanted to go, they saw the movies she wanted to see. Jack was fine with it all, as long as he was indulged in this.

“Come on, honey,” he said when she didn’t move.

“It’s Christmas Eve, Jack.” There was a little whine in there, which made him grin.

“Yeah? Training stops for no man.”

“How about for women?”

As an answer she burrowed deeper into the nest of blankets.

Nothing left to do but use the atom bomb.

Both eyes opened, focused on him.

He knew enough not to smile. “Yeah.”

It was fairly painful, throwing himself to the mat, but he did it for her from time to time so she could have the feel of it in her hands and muscles.

“Twice.” She made it a statement.

She gave a sunny smile and threw the blankets back.