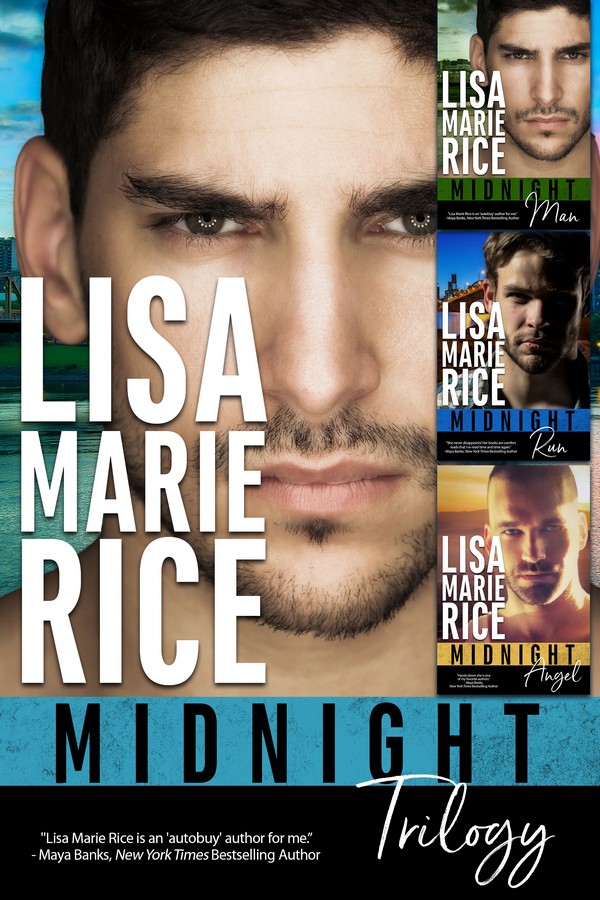 THE TRILOGY THAT STARTED IT ALL-  NOW IN ONE EBOOK.]

Classy interior designer Suzanne Barron always thought she’d fall in love slowly with a suitable man, a man of taste and discernment, a safe man. Former navy SEAL John Huntington—aka the Midnight Man– is anything but safe. The day they meet, Suzanne has no holds barred sex with John. She has no idea how to cope with him and with the wild feelings he brings out in her. Backing away from him seems like her only option.

But John is a SEAL and failure is not an option. He wants the elegant beauty fiercely and is prepared to fight for her. The fight turns deadly when unknown enemies come after Suzanne and her life is on the line. The Midnight Man will defend what is his—and once he’s had a taste of Suzanne, there is no doubt that she belongs to him.

Claire Parks fought her way back from the brink of death and now it’s time to celebrate and paint the town red–or at least pink. Letting herself be seduced by a rugged lumberjack who exudes sex appeal seems like just what the doctor ordered. Little does Claire know that the smoldering stranger is undercover police detective Bud Morrison.

When Claire’s life is threatened, Bud leaps into action. Rescuing women is what Bud does best and he pulls out all the stops. He knows just how to protect her, and he’ll do whatever it takes, including keeping her under lock and key. But Claire has fought too hard for life to let herself be locked away and treated like blown glass.

BEAUTY AND THE BEAST
After a violent attack, Allegra Ennis lost everything—her father, her music career and her sight. Living in a world alone, full of darkness and fear, Allegra is haunted by nightmares that don’t end when she opens her eyes.

When she is stalked by an unknown killer, Allegra must trust her life—and her heart—to former Navy SEAL Douglas Kowalski, a fearsome warrior who bears the scars of war. But Kowalski fears that someone as beautiful and talented as Allegra could never love a disfigured and mutilated war hero like him. He can protect her against danger, but can he protect his heart?

**Note: All of the books in this box set were previously published by Ellora’s Cave. The new editions have been lightly edited and updated.**